Imagine yourself in a real-life adventure game filled with mysterious puzzles and brain-teasing clues! This is Escape Room LA.

You’ll be immersed in one of five extraordinary environments, from a 1940’s detective office to an ancient Mayan pyramid, the lost city of Atlantis, an old haunted theatre, or a medieval alchemist’s secret laboratory. Solve the challenging clues and puzzles and escape before your time runs out!

Before your game, we’ll review the rules and answer any questions. Then, your countdown to escape begins. You’ll either make your way out or we’ll unlock the door when your time runs out. Although these games are challenging, don’t worry – you’ll have fun whether you escape or not! At the end of your game we’ll recap your accomplishments and explain how to solve the remaining puzzles inside the room. Plan on spending a total of about 90 minutes with us from start to finish.

Be sure you arrive on time! Participants should arrive at least 10 minutes before your game’s starting time. Leave ample time for parking and unexpected traffic. If you arrive after the door to the room has been locked, you will not be allowed to participate, and there are no refunds or exchanges.

Escape Room LA contains fun and challenging puzzles your group must solve before your time runs out! Clues are tricky, but no special skills or knowledge is required.

Escape Room LA is the perfect team-building activity for your staff, co-workers, school, club or other group. Everyone must work together to escape from the room!

Escape Room LA is a great way to celebrate a birthday or special occasion. Tell us your preferred date and time and we can arrange to hold a private event just for your group!

Looking for a fun and unique activity for your friends, family, or out-of-town visitors? Escape Room LA is a one-of-a-kind interactive adventure that everyone will love!
Our Story

Escape Room LA opened in December 2014 and is now LA’s largest and most popular escape game company, presenting more than 80 games each week. Our first escape room, The Detective, has been featured on The Conan O’Brian Show, an episode which is currently one of the most-viewed videos on the TBS Channel. Next came The Cavern in March 2015 followed by The Theatre in October 2015 and The Alchemist in January 2016, which continues to receive acclaim as one of the top-rated escape room games. The Alchemist has been featured on Buzzfeed, CBS, The Real Housewives of Beverly Hills, and in several independent films. The Pyramid began in November 2017 and our newest game, Atlantis, will open in 2019. Escape Room LA was recently voted “Best of LA” by Forbes and by Los Angeles Magazine.

Our parent company, Race/LA, began in 2004 and has produced dozens of Amazing Race-style adventure races around the LA area. Race/LA also presents more than 20 different CityRace Urban Adventure Hunts, which are team-based scavenger hunts held in locations throughout southern California. For more information on Race/LA, visit our website here. 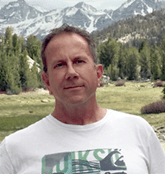 John is the founder and director of Escape Room LA, as well as our parent company Race/LA. He created all five of our Escape Room LA games. He is a graduate of Emerson College in Boston and also attended New England Conservatory of Music. John has produced and directed theatre in Boston and in New York, where he was artistic director of New York Theatre Group. John is grateful to be working at a job that doesn’t feel like a job, and to be surrounded by smart, funny, creative people every day. In his spare time, he plays all types of games, loves cats, monkeys and traveling (Southeast Asia, Japan and Mexico are favorite locations), and eats a lot of cookies. 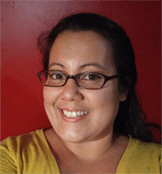 Steph has been with Escape Room LA for three years, since we locked up our very first group in The Detective in 2014. Her favorite part of working here is watching groups work together and have those exciting “aha” moments as they’re playing our games. Steph is a huge fan of games and adventures, finds excitement auditioning for local game shows, and hopes to someday be on The Amazing Race. You can find her in her happy place behind the scenes, ready to help you have a great experience here. 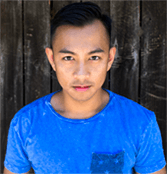 Benjamin was born in Bangkok, Thailand, where he graduated from Sripatum University. He worked as Social Media Manager at Bangkok’s Muse Hotel before joining Escape Room LA in 2015. He’s the guy with the hat who’s often wandering the hallways with a drill and a paintbrush. Jet is a karaoke enthusiast who also loves snowboarding, photography and fried chicken. Not always in that order.